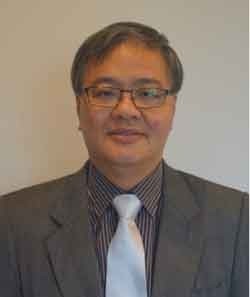 SG Plans for next 100 years

On August 18, Singapore announced that it is taking climate change triggered by global warming as a threat to the country's existence. It plans to spend $72 billion (P3.7 ) over the next 100 years to tackle the threat posed by the challenge of rising sea levels and extreme weather, by planning decades ahead and investing in research and development (R&D).

The small island state is already experiencing some of the effects of climate change, including more intense rainfall and prolonged dry spells. All evidence points to the continuing rise of global temperature and more extreme and severe weather that would threaten water, food and energy supply.

It is investing heavily in R&D through the Center for Climate Research Singapore. There is a team of scientists and meteorologists using super-computers to model the weather and to conduct research on adverse climate phenomenon. Projects such as protecting coasts and improving flood resilience have been ongoing since 2011. Detail satellite mapping of the area with a higher risk of flooding is now available, and strategies to defend the vulnerable eastern coast from a rise in sea level such as building polders and reclaiming a series of islands along the southern seafront Marina East to the Changi Airport are now in place. Singapore is the most prepared country in South East Asia in tackling this challenging issue of climate change.

worked on a different plan to face the climate change challenge. On August 26, it announced the plan to move the capital of the country, from Jakarta to the eastern edge of jungle-clad Borneo island, to an area near the regional cities of Balikpapan and Samarinda. The new location was chosen because it is in the geographic center of the country and it is an area of "minimal' risk of natural disasters such as earthquake, volcano eruption, floods, and sea-level rise.

Jakarta has been the center of modern Indonesia since the early 1600s. Including the surrounding area, the Jakarta metropolitan area has a population of more than 30 million and land area of 6,390 square kilometers, second only to Tokyo Bay's 40 million, and counted as the second-largest metropolitan city in the world.

Jakarta was built on swampland, and it is the fastest-sinking city on earth based on the current rate of land subsidence per year (some areas are sinking as much as 10 inches per year). There is an estimate that 40 percent of the city now lies below the current sea level. It is projected that one-third of the city could be submerged by 2050 if current subsidence rate continues, with 95 percent of the low-lying coastal North Jakarta area underwater by 2050.

The Indonesia government planned to spend around $33 billion (P1.7 trillion) in the next decade to move the capital out of Jakarta. Building in the new city is set to begin next year, and some 1.5 million civil servants will move to the new capital 2024. Indonesia is not the first Southeast Asian country to move its capital. Malaysia moved its administrative capital from Kuala Lumpur to Putrajaya in 1999, and Myanmar moved its capital from Yangon to Naypyidaw in 2006. But the shift of capital in Myanmar and Malaysia were of congestion, and only the Indonesia move is precipitated by climate change.

Many weather and meteorological researches have identified Southeast Asia and South Asia as the most vulnerable areas based on the affected population in global climate change. Based on the Global Peace Index 2019 report, the Philippines is the most susceptible country to climate change hazards.

The study found that 47 percent of the country's population is in areas highly exposed to climate hazards such as earthquakes, tsunami, floods, typhoon drought. Many studies corroborated the vulnerability of the country. Recent experience on "Haiyan" ("Yolanda"), irregular typhoons movement patterns and seasonality, more frequent drought seems to provide anecdotal that the damages of climate change are real. A recent study showed that before the 1960s, the sea level around Manila did not significantly increase, but from then on it rose steadily at a rate five times faster than the rest of the world. By 2050 it is estimated the sea will have risen by another 50 centimeters and many coastal areas along Manila Bay will submerge.

The Philippines passed the Climate Change Act of 2009 and set up the Climate Change Commission to coordinate, monitor and evaluate all programs and action plans related to climate change. It is an independent and autonomous agency attached to the Office of the President.

The commission formulated the National Climate Change Action Plan 2011-2028. From 2016-2018, it published an annual Philippines Climate Change Assessment focusing on: the physical science basis; mitigation of climate change; and impact, vulnerabilities adaptation.
A close look at the reports of the commission report revealed that there are discussions on general knowledge, calamity response planning on national and some local levels, but little field base data was available to utilize the available engineering science knowledge to real-life trending, mitigation and adaptation measures for these.

The general approach to tackle climate change is to understand the issue, take measures to mitigate it and adapt to it. The first step can be substantially enhanced by updating available data and techniques of current science, and most developing countries can level up their planning in this aspect, including the Philippines.

The actions of Singapore and Indonesia are wake up calls that the challenge of climate changes are much closer to our doors. The country should beef up its understanding of the issue, get real-life meteorological and ocean data by cooperating with regional weather and ocean study powerhouses such as Singapore, Japan, China the US.

We cannot adequately address the magnitude of the climate change challenges unless we more fully understand and utilize the developing science behind the problems — learning what is going to happen and where they will happen, we can better mitigate and adapt to the challenges.

IDSI Corner aims to present frameworks based on a balance of economic theory, historical realities, ground success in real business and communities, and attempt for good, culture, and spirituality. We welcome logical feedback and possibly working together with compatible frameworks ([email protected]).