A view of the area around Samboja, Kutai Kartanegara, one of two locations proposed by the government for Indonesia’s new capital. Photograph: Fachmi Rachman/AFP/Getty Images

Facebook Twitter LinkedIn
Choice of Borneo for £27bn project raises fears of forest destruction and pollution.
26 Aug 19 Source: The Guardian - Indonesia has announced plans to move its capital from the climate-threatened megalopolis of Jakarta to the sparsely populated island of Borneo, which is home to some of the world's greatest tropical rainforests

Joko Widodo said the move was necessary because the burden on Jakarta was "too heavy", but environmentalists said the $33bn relocation needed to be carefully handled or it would result in fleeing one ecological disaster only to create another 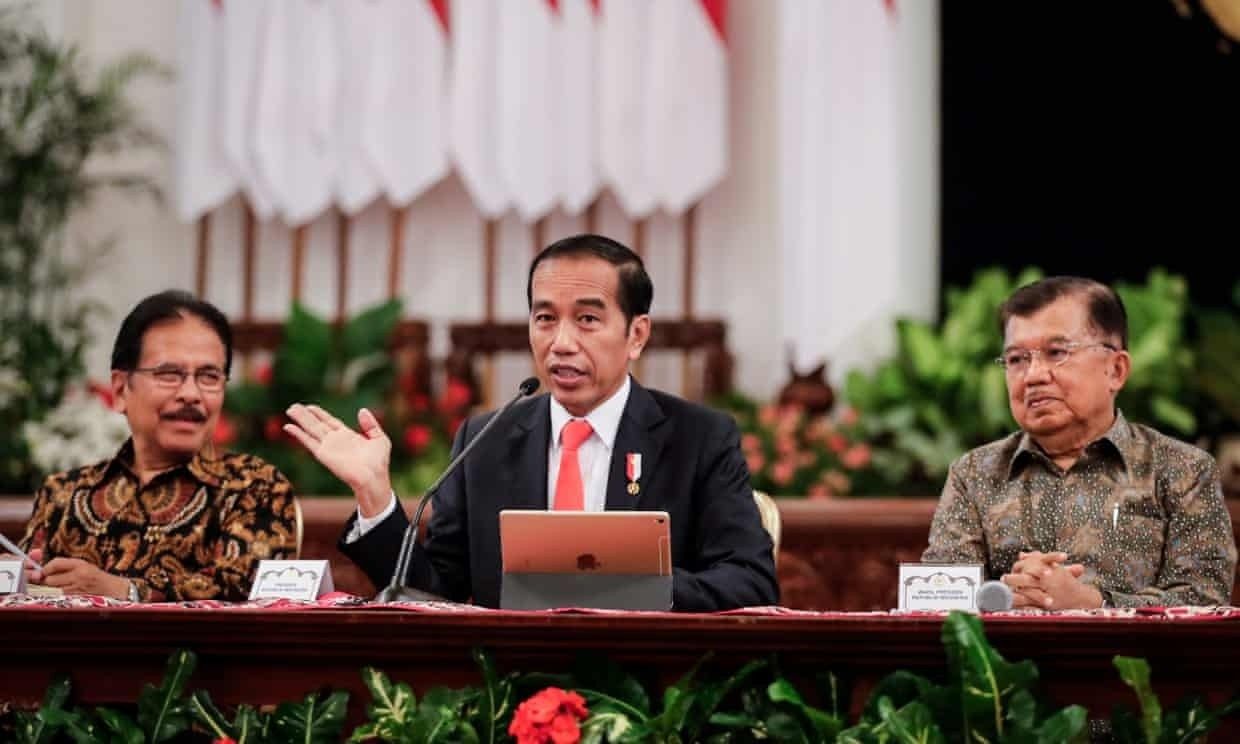 As well as dire problems of pollution and traffic congestion, Jakarta suffers from severe subsidence, which makes the coastal city extremely vulnerable to rising sea levels.

Poor urban planning on land that was originally , along with the unregulated draining of aquifers, has left 40% of the city under sea level. The worst affected are reportedly sinking 10-20cm per year – one of the fastest rates in the world.

Although the government has planned huge new sea , Widodo has expressed frustration at the slow pace of progress. "This huge project will need to be done quickly to prevent Jakarta from sinking under the sea," he said last month.

The relocation aims to ease the pressure on Jakarta by moving its administrative functions about 1,000km to Kalimantan, which is the Indonesian portion of the island of Borneo (which is also shared with Malaysia and Brunei.) Jakarta will continue to be a commercial and financial , and the majority of its nearly 10 million residents are likely to stay.

The relocation aims to ease the pressure on Jakarta by moving its administrative functions about 1,000km to Kalimantan, which is the Indonesian portion of the island of Borneo (which is also shared with Malaysia and Brunei.) Jakarta will continue to be a commercial and financial , and the majority of its nearly 10 million residents are likely to stay. 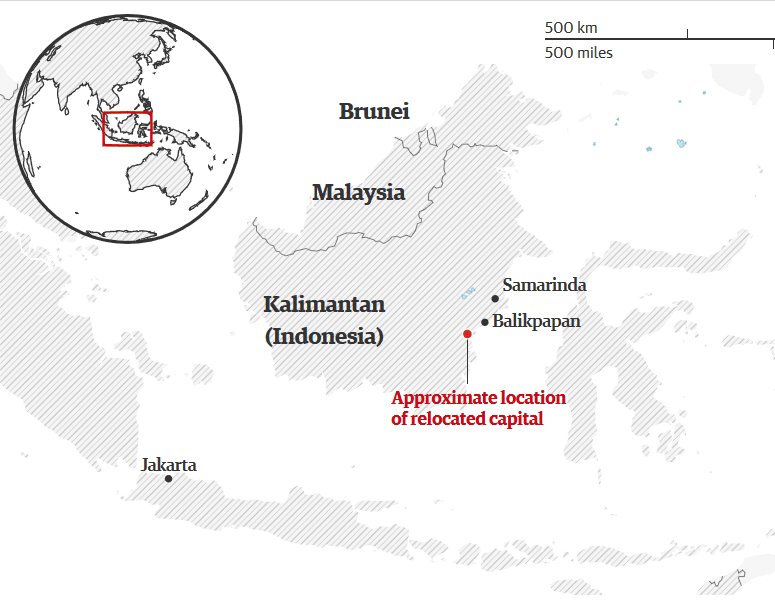 Jakarta has sucked people and money to the island of Java, which is home to 60% of the country's population and more than half of its economic activity. Kalimantan is almost four times but accounts for less than a tenth of the gross domestic . Despite the presence of a few major cities, its population density is 38 times lower than that of Java.

The government says wants to build a smart, green city on state land near the existing urban of Balikpapan and Samarinda and has promised the environmental impact will be positive.

"We will not disturb any existing protected forest, instead we will rehabilitate it," the planning minister Bambang Brodjonegoro, was reported as saying in the South China Morning Post.

But conservationists fear the plan – and the surge in the number of newcomers – may put further pressure on the rainforest habit species, such as the orangutan. "The government must make sure that the new capital is not built in or protected area," the Greenpeace Indonesia campaigner Jasmine Putri told AFP.

Known as Kalimantan, Indonesia's section of Borneo – the island it shares with Malaysia and Brunei – is home to major mining activities as well as rainforests, and is one of the few places on Earth with orangutans in their natural habitat.

Senior officials said they would learn from other countries that have moved their administrative and judicial , such as Australia with Canberra, Malaysia with Putrajaya, and Brazil with Brasilia, though in the latter case this involved clearing swathes of tropical savanna.